I sort of stopped updating on baby’s milestones – which I kind of regretted now haha – because I wanted some “privacy” for baby online. Though I do update on my Dayre 🙂

We sent her to the infant care so I could start on my work. And we thought of it as a way to solve her food strike.

There were so many versions of hearsay, but I decided to just try. Oh, and no force feed 🙂

In the end, despite me trying so hard, she kicked her food strike habit when she went into IFC. Even the teacher said she eats really well – on her first few days there, she could eat 1.5 bowls of porridge, which never happened before! Haha.

The few days before she went to IFC. I treasured the time alone with her so much! Was really emotional that week before.

She was in her food strike period then, and she was mainly playing with her food during mealtimes. But I am happy because at 13 months, she can self feed using spoon really well – if she meant to really eat haha! 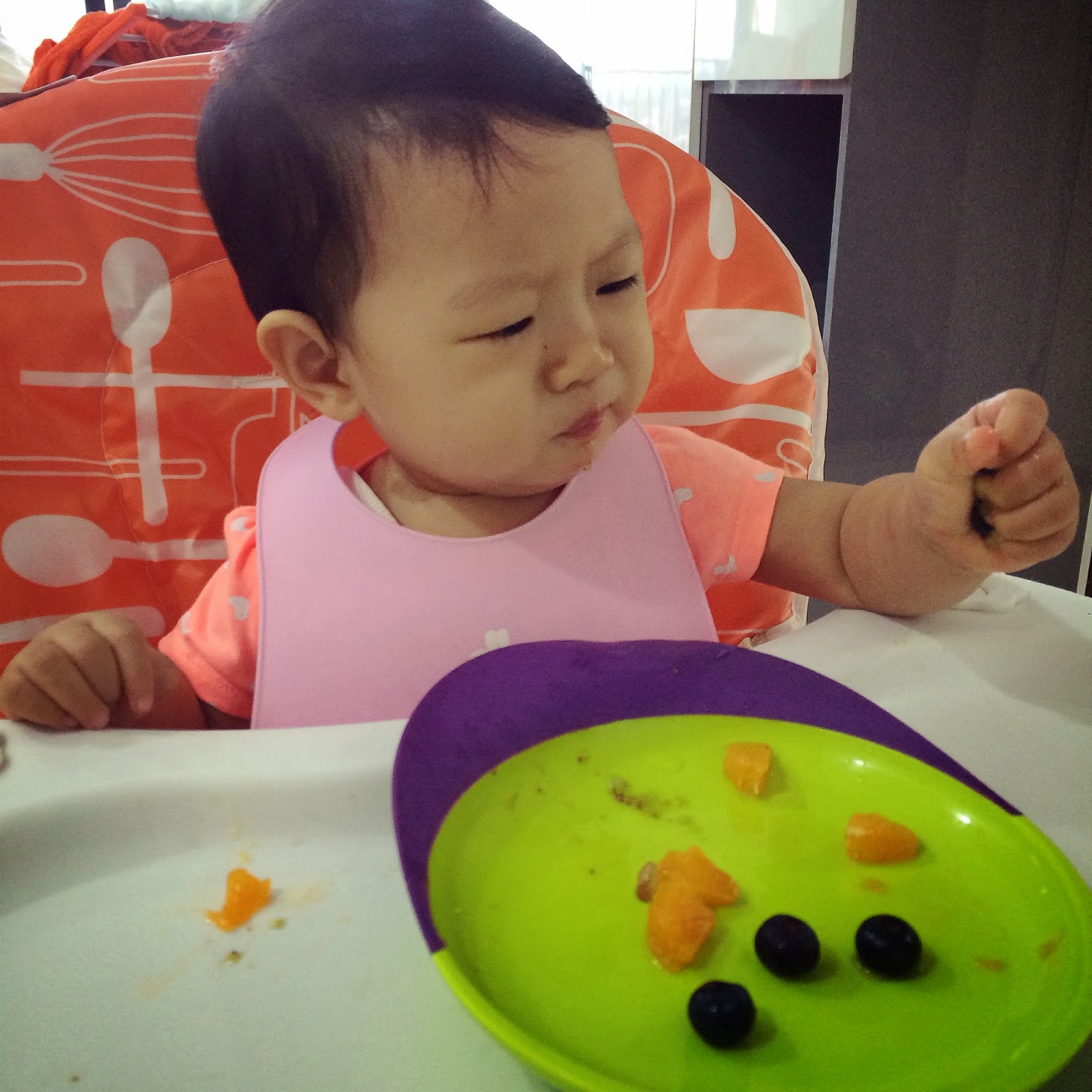 She used to love blueberries when she was around 9 months old. But now she doesn’t! I was trying to let her eat blueberries and Jeju mandarin oranges for her breakfast!

And then I decided to enlarge her “territory” by taking away part of the play yard panels, which also means that we have to really watch her carefully 🙂

This is how it looks like. Opps, sorry about the mess because I can never seem to finish clearing stuff ever since we moved in lol!

Trying to scoop up her pasta! During her food strike, she had pasta almost daily because she was rejecting rice. So strange!

And just before she went into the IFC, I started to train her on walking 🙂 I am not really anxious on her milestones, but just wanted her to practise. And on her 2nd day with this toy, she could walk rather steadily! Although she is able to walk a few steps on her own, she still doesn’t really dare to walk without us. Haha!

So far, this is her progress – she’s 14 months old now, and taking table food! So, so proud of her. And yes, we really thank God for her developments 🙂