After starting my baby on her weaning foods, she kind of enjoyed eating.

I usually keep to 1 ingredient fruit or root vegetable puree, with baby cereal. When she was around 7+ months, she started to “choose” food that she likes, and food that is not so “tasty”, she would reject. Or probably it was the time for her to develop her preferences.

It was quite stressful for me then, since I was quite concerned to have her at least eat something other than milk (although nutrition comes mainly from milk for babies under one).

So I started to try ways and means to let her eat more, for example, putting in more ingredients for puree and porridge (for the taste), have her seated in her high chair during meal times, let her self-feed, put puree on teething rusks so she would eat/chew.

I guess her bad habits might have developed since MIL didn’t have any set routine for baby during meal times. It was quite nerve wrecking to try correcting the bad habits because baby would just wail loudly or refuse to take food from the spoon. #truestory

That was also when I started to let her self-feed partially. I was surprised that she actually enjoys it!

I started partial baby-led weaning – or what the BLW group says, finger food – by using steamed fruit wedges, puffs and diced bananas rolled in baby cereal. It was easy and manageable! 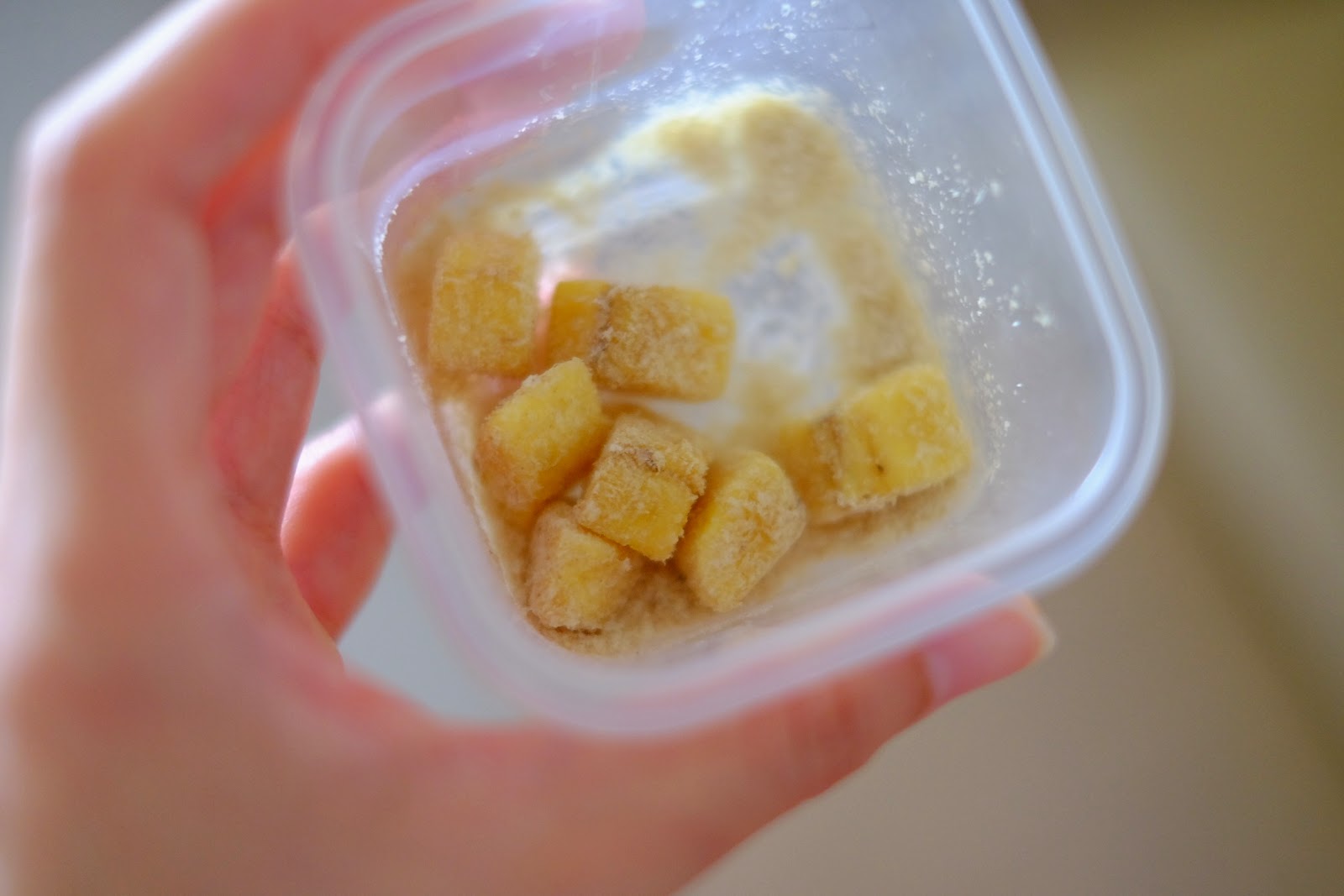 An easy BLW tip: dice ripe bananas and roll them in baby cereal,
so that it won’t be too slippery for your baby to grab.

Put the diced bananas on the high chair tray or suction plate.
I used a plate to contain the mess for easy clean-up. 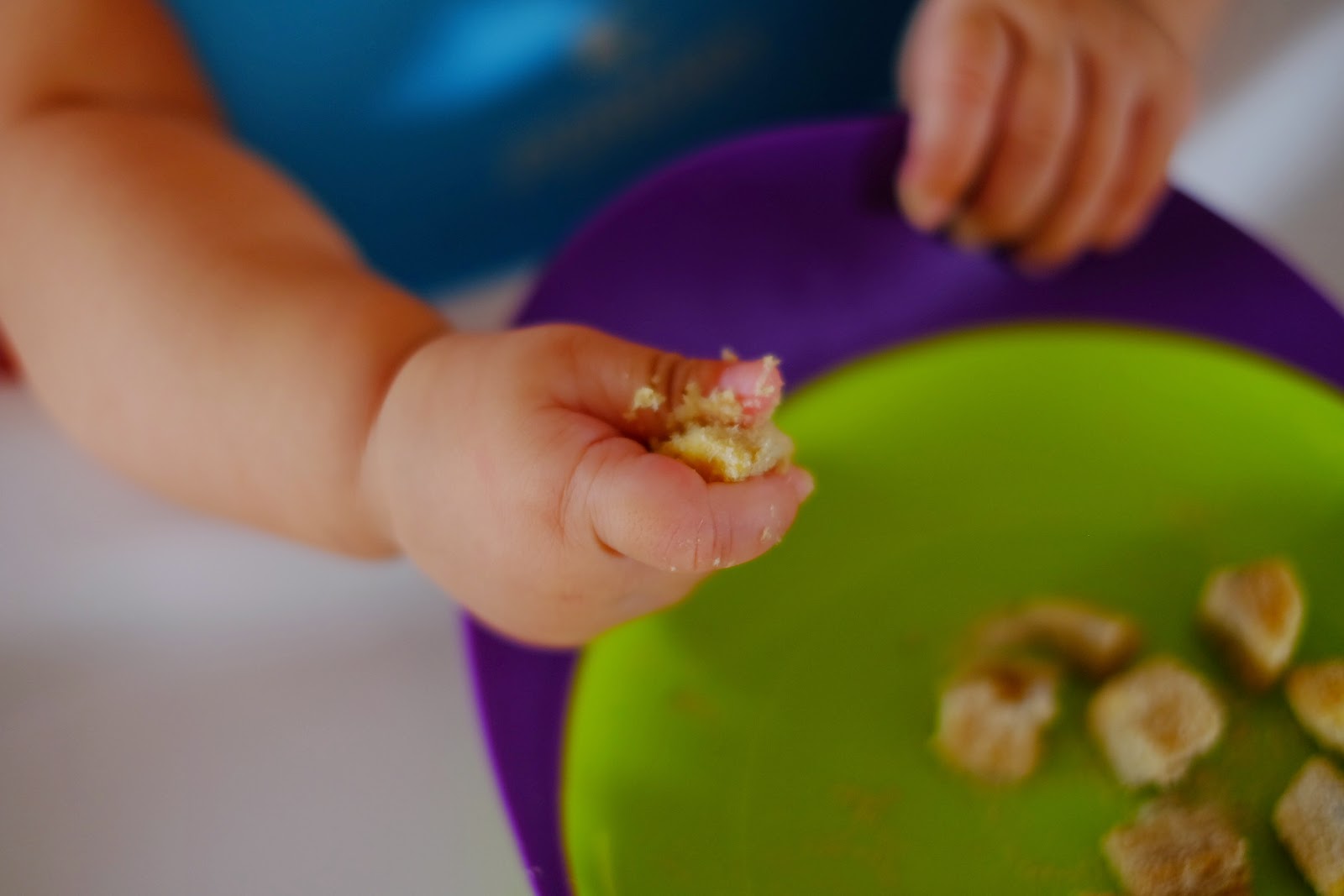 We were happy to realise that her pincer grasp is quite good compared to her peers. So, never mind the mess, bring it on! Haha!

Will be posting up more finger food recipes soon!

« Easy Pancake for One
Macarons »