I have been making breakfast for hubby, since he complaint of stress at work. I suppose this is since our roles have changed to include being a parent of a new baby. Adding onto our status of “newly wed”, plus change in job, I guess this is inevitable.

Of course I would have my “bad” days, where the hubby gotta listen to my rants. And there were also times when I got angry over the same reason again and again 🙁

So I guess making breakfast for him in the morning is definitely a mood lifter! 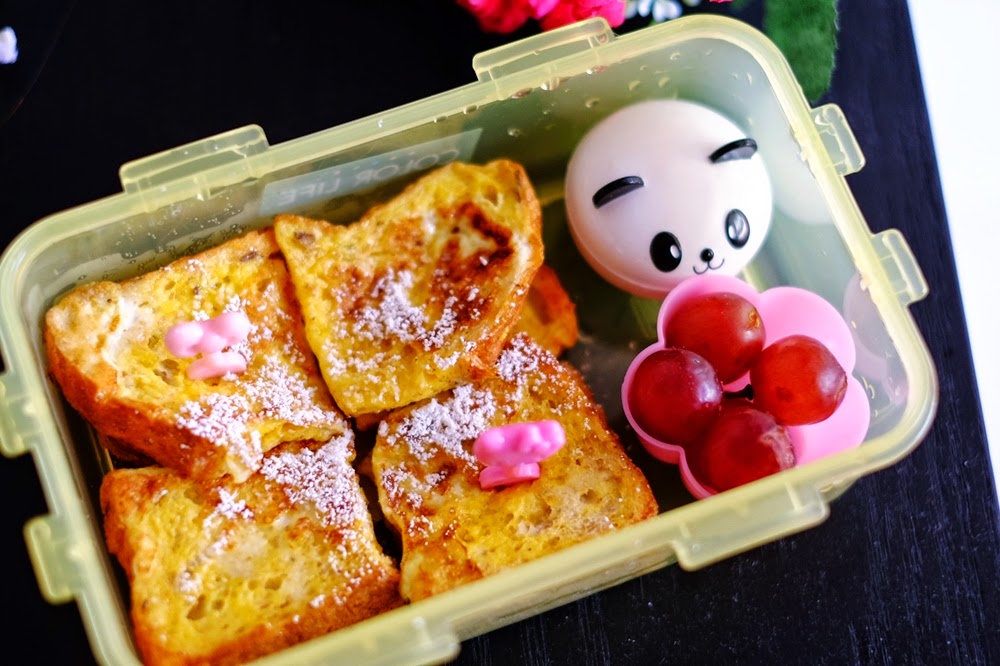 I love making french toast! But I always ended up with lots of leftover egg mixture. So I am quite happy to have found a recipe for one serving! I guess that’s just by reducing the milk ;p

Easy French Toast for One (Recipe Adapted from OneLittleProject)
Ingredients:
– 1 egg
– 1 slice of bread (I used 2 slices)
– 2 tbsp of milk
– Optional, tsp sugar and 1/8 tsp of cinnamon (I used only a dash of cinnamon)
– 1 tsp of butter (I used oil)

Method:
1.  Combine the egg, milk, sugar and cinnamon in a measuring cup.
2.  Pour about 1/2 of the egg mixture onto a plate. (If you are using 2 slices of bread, use less of the mixture)
3.  Place the bread onto the plate. Pour more egg mixture onto the bread.
4.  Heat up the frying pan with oil. Place bread onto the pan.
5.  Cook for about 3-5 mins and flip!
6.  Dish up and serve. Sprinkle some icing sugar and cinnamon, and serve together with maple syrup if you wish 😉

This error message is only visible to WordPress admins


Error: There is no connected account for the user 2786665 Feed will not update.