Other than the microwave function, the Panasonic oven that we received also has Oven function – that means we can bake, roast meat, grill meat, and do many more stuff!

I decided to try out baked rice (actually the hubby requested beef lasagne, but I think my back will break, so I said no lol), since we didn’t try doing baked rice at all before. 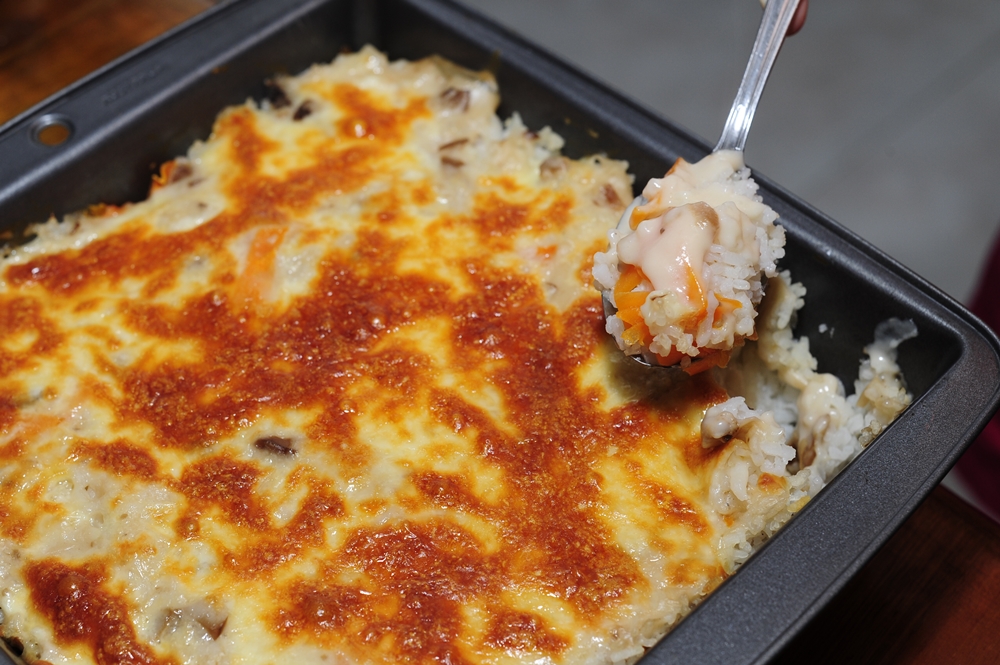 3. When the rice is cooked, mix the carrots and mushrooms well into the rice.

4. Portion out the rice into oven-safe baking dishes (you can also use disposable aluminium tray) until slightly more than half the depth of the dish.

5. Smear some mushroom soup sauce or Japanese mayonnaise on top of the rice. 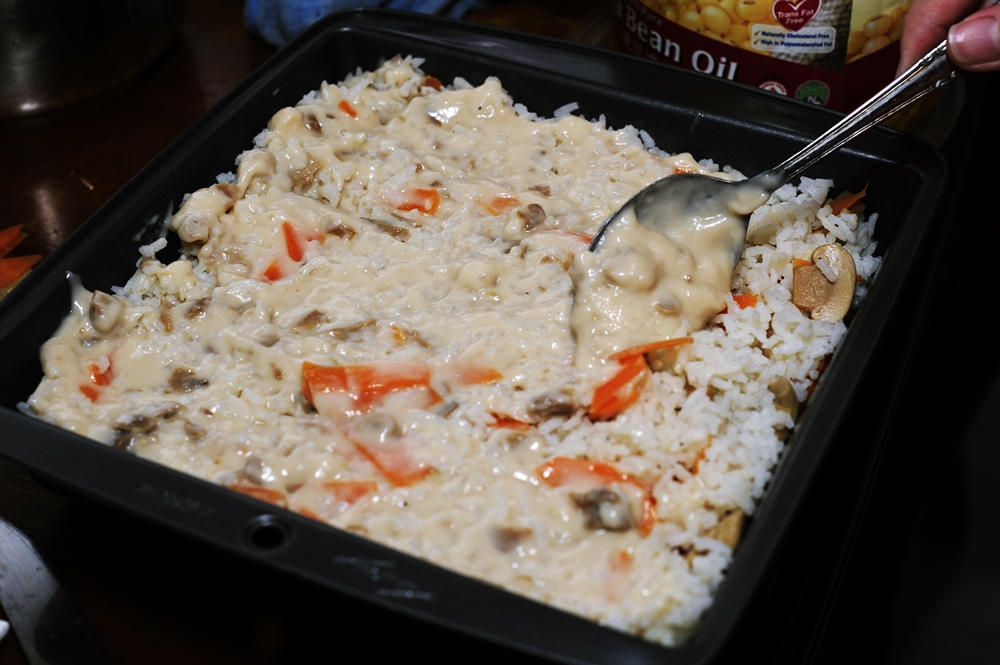 6. Top with a layer of shredded cheese. Baked in a pre-heated oven at 200C (392F) for about 20-25 minutes, or until all the cheese has melted and is very slightly browned. 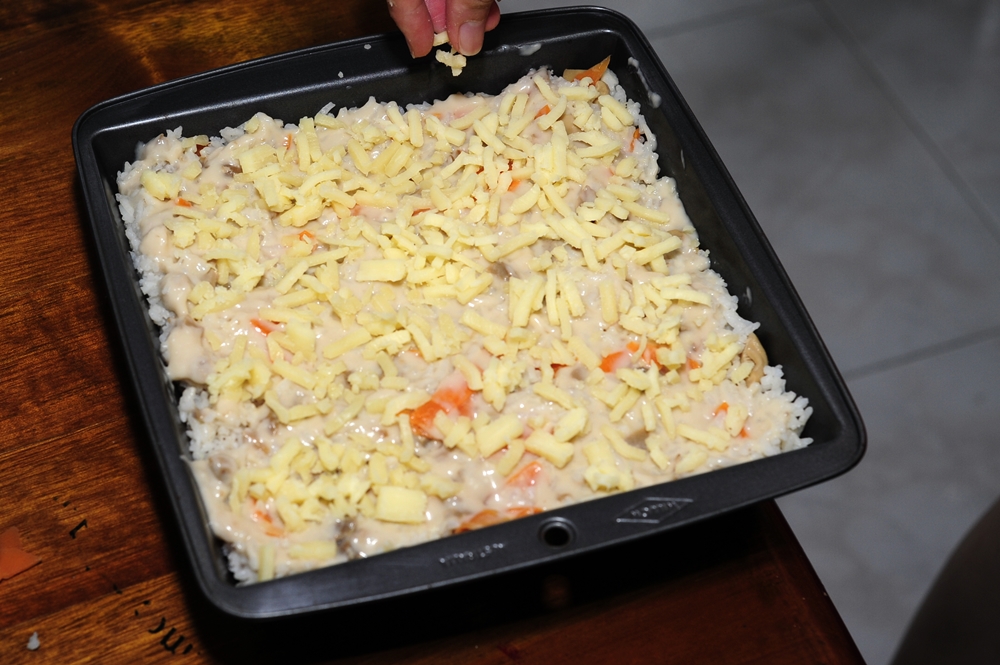 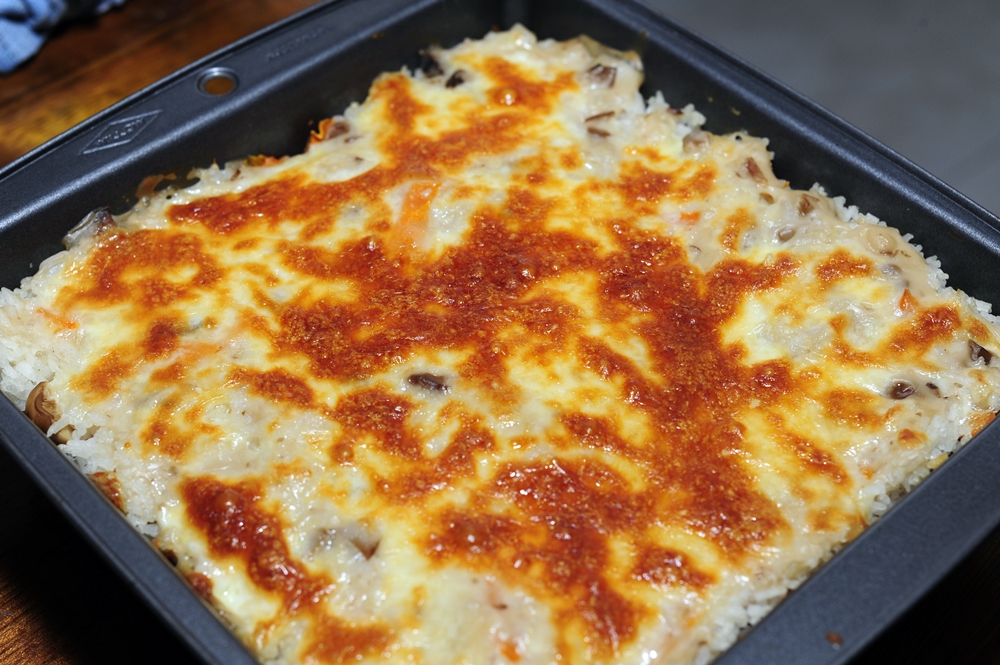 The hubby found the taste a little too “cheesy” for him. I probably think it’s because of the cream of mushroom. But my parents-in-law liked the baked rice. So if we try it the next time, I’ll probably combine this recipe, together with Little Teochew‘s one 🙂

This error message is only visible to WordPress admins


Error: There is no connected account for the user 2786665 Feed will not update.