So far, we have been quite happy with our BS service. However, the album was really not what we had expected.

I was wondering if I had over-reacted, and whether if people will really scrutinize our album just like I did (LOL). Because there were a couple of photos where our faces were BLURRED.

I thought I had been the most “chill-out” bride, but unfortunately, I sort of flared up because I couldn’t accept their explanations.

First, to give them credits, nicer photos first ;p 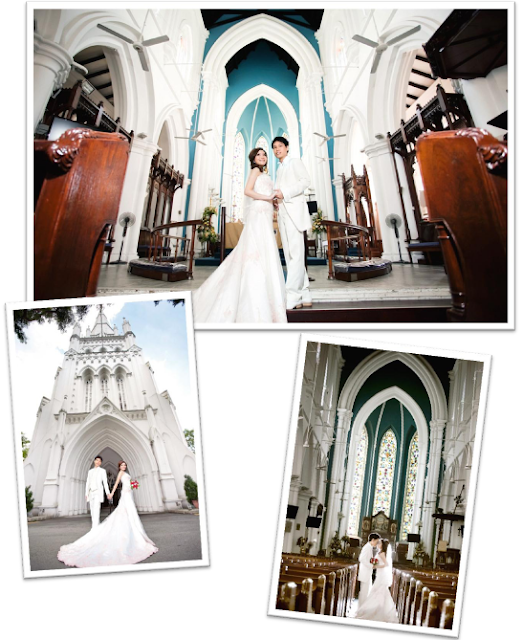 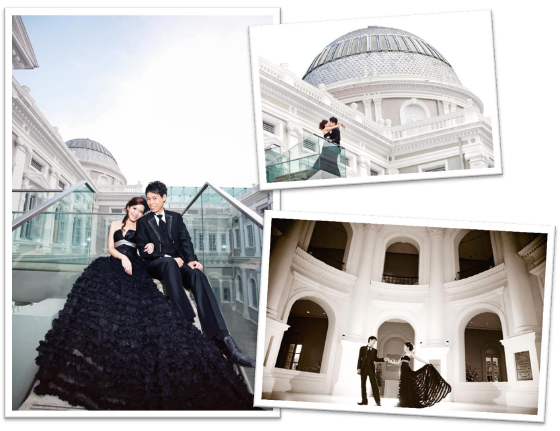 And here are the blurred ones, which I can understand after seeing the actual images in CD.

It looks pretty alright here, but they cropped away the sides of the pews to make it a portrait. And blow it up to the size of an album (about the size of a magazine, a little smaller).

And when we look at it nearer, our faces:

How strange is it if you compare to the background – it looks clearer than our faces! And it looks exactly the same here as on the album. It’s not because I’ve saved it in a lower resolution.

To give them credit, the Nave was quite dark while we were taking the photos. So after using flash, we were quite happy it turned out bright and nice 🙂

So I was asking how come our faces are blur compared to background.

They replied saying it’s like this (thinking we are saying the background is blur). After we pointed out and asked if it’s normal for background to be sharper, they replied because it’s the effect of wide angle lens.

Then I was wondering if it’s because of the DI done, they replied they cannot comment because the original files are all in HK. They have no idea if the original raw photo is already like this, or not.

And when we commented that we really cannot tell if our faces are blur or not during photo selection because we can’t zoom in and see! Yet they claim we can -.-

Then we came to this:

I really like architectural stuff, so this is one of my favourite photo.

In the album, they crop out the photo to half, and blow it up. To my horror, we look like this:

I mean, I have worked with agencies, media and printers for a couple of years. We do not allow such photos to be printed or published. I can’t quite understand how can such a reputable company print out such photo, on a wedding album?

If layout is a problem, can they have chosen another picture?

Again, they replied saying that it’s more of looking at the overall, so our faces are not clear. And they showed us some of their model works, saying it’s the same (blur).

I probably think that I could have chilled and understand that they are not the ones doing the photography or DI, so they can’t answer me. But, erm… Could they have done better to check things out?

In the end, to negotiate, they told us they can either reprint (choose another 2 more) or give us additional photos. So we initially wanted to reprint, and they assure us we can tell if the photo is blur or not.

But when we wanted to choose, we realised it’s the same problem! The photos we were looking at, were not enlarged or high-res ones. I got really frustrated because they are insisting there is nothing wrong, and we had to choose from the photos which we do not know are sharp or not, and they cannot guarantee the same thing would not happen.

[CHINESE LEARNING KIT GIVEAWAY ALERT!] As you may

Pandan kaya muffins 🤤 You can top these pandan

Words can’t seem to express how I’ve been livi

Visited the supermarket earlier on, and got a shoc

Strawberry Jam Muffins 🍓 Have been busy with wo